The State-of-the-Art Report is a comprehensive written scientific document which is based on all preparatory analyses and is completed with many intensive further desk research and quantitative as well as qualitative analyses in a mixed methods design which will be done by all project partners together. On the road to inclusion: highlights from the UNICEF and IIEP Technical Round Tables on Disability-inclusive Education Sector Planning

This report aims to highlight the key findings and positive outcomes from IIEP’s research and round table events, co-organized with UNICEF, while pointing to the challenges and bottlenecks that can create barriers to progress. By identifying the lessons learned, remaining gaps, and next steps, this resource intends to help governments strengthen their capacity to plan for inclusive education and develop their education sector planning in order to better serve all types of learners.

SHOW “On the Road inclusion” 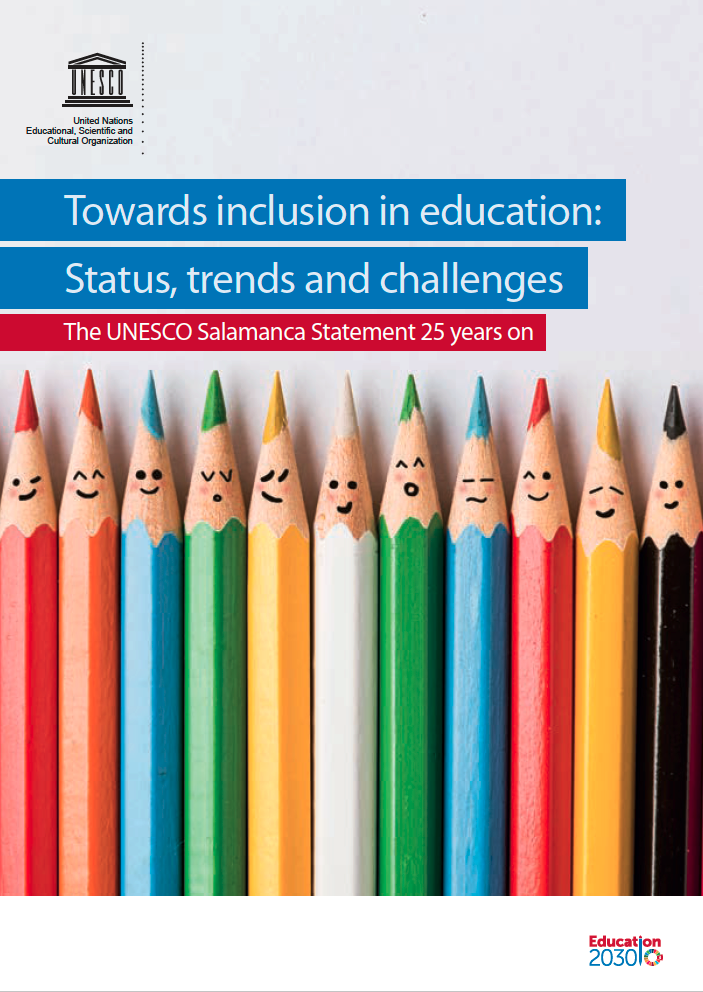 Towards inclusion in education: Status, trends and challenges: The UNESCO Salamanca Statement 25 years on

The year 2019 marked the 25th anniversary of the World Conference on Special Needs Education, which was co-organized by UNESCO and the Ministry of Education and Science of Spain. Held in the city of Salamanca, the conference led to the Salamanca Statement and Framework for Action on Special Needs Education, arguably the most significant international document that has ever appeared in the field of special education. Its creation endorsed the idea of inclusive education, which was to become a major global influence in subsequent years. This publication looks at the past, present and future since Salamanca to guide the further development of inclusive national policies and practices. In so doing, it explains the way that confusion regarding what is meant by key terms such as inclusion and equity has often made progress difficult. It also shows how more recent international policy documents have helped to bring greater clarity to discussions of these concepts. Drawing on international research and experience, the third section of the report outlines a series of actions that are recommended to guide future developments.

SHOW “Towards inclusion in education” The following criterion is from the 2013 Diagnostic and Statistical Manual of Mental Disorders Fifth Edition, DSM-5™. See the DSM-5™ for details and examples.